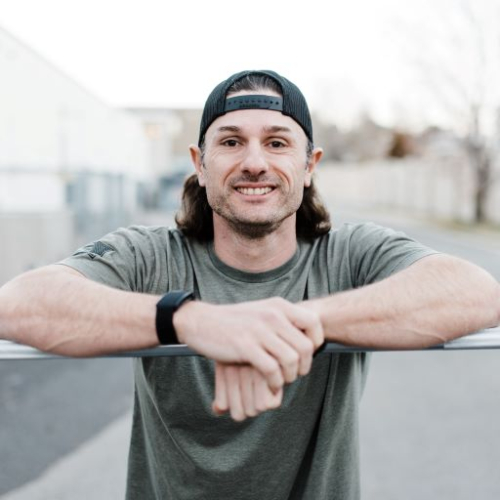 I played football, basketball, and baseball in high school. Through playing those sports, I learned how strength and conditioning can make you more capable in your sport (and life in general). I continued my athletic career, playing baseball at Emerson College in Boston, MA. I was introduced to CrossFit in 2011 by a friend, while I was preparing for the Marine Corps’ Officer Candidate School. Immediately, I was a fan of CrossFit’s emphasis on functional movements and the variety of skills it incorporates. During my eight years in the Marine Corps, CrossFit kept me well prepared for the physical challenges of the job. After leaving the Marine Corps, I found I really missed the coaching and mentoring aspect of the job, so I decided to become a CrossFit Level-1 Trainer. Shortly after that, Bethanie gave me a shot to coach at CrossFit Sandy, and I have loved every minute of it!

For a long time, I struggled with consistency of my training. I would have a good couple of weeks, then I’d slack off for a couple. Because of this, I wouldn’t see the results I was after. The community of the CrossFit gym was crucial to keeping me accountable to my consistency. Knowing that others were going to show up to the gym that day made me want to show up, too.

I want to coach and/or train with anyone that is willing to walk through the door at a CrossFit gym. I know the people that show up are trying to become a better, stronger human being, and I want to do anything I can to help them on that journey.